Smartphone and Pole inseparable, even on vacation

Nearly 80% of Americans check their phone within half an hour after waking up, and 5 out of 10 US citizens agree with the statement "I can't imagine life without my phone". On the other hand, there's been a lot of talk lately about the need to reduce time spent in front of a screen. It would seem that while on vacation we would like to enjoy the atmosphere in a given place and we put the phone aside. However, a survey conducted by Starcom Poland on 10-12 August on a group of 1068 shows that Poles are reluctant to part with their smartphone.

8 out of 10 Poles declared that they take their smartphone on vacation and use it regularly while on vacation. 66% of those surveyed cited smartphones as their main device for connecting with friends. The study also confirms the thesis about the multifunctionality of the smartphone. Poles, not as willingly as in the past, take other devices with them on vacation, for example: a camera (taken by 1/2 of respondents), GPS navigation (30%), MP3 player (11%), and the former hit – gaming console only 2%. All these functions that the devices mentioned above had, a smartphone has as part of the all-in-one concept. Instead of a few gadgets, we take our smartphone on vacation and with its help e.g. we listen to music.

The use of smartphones on vacation is reflected in the statistics, during the vacation we take twice as many pictures than usual. Some preferences for electronics on vacation change depending on the length of stay. Thus, 40% of respondents travel with their laptop, but when the holiday lasts more than 2 weeks, the percentage choosing a laptop increases to 52%.

Interestingly, despite the craze for drones, they are still not popular holiday equipment, because only 3% of the surveyed people take a drone on vacation.

According to a Starcom survey, the top vacation activity is using the internet (52%), including mobile internet (approx. 40%). In third place is television (39%) – here we see a certain relationship: the longer the vacation, the more lovers of spending time in front of the TV. Interestingly, TV on vacation is more popular among people who spend their vacations in Poland. This is due to the fact that in the country we visit friends or family who have TV at home. The internet is king when it comes to foreign trips.

TV down during vacations

TV becomes less important during the holiday season. 58% of those surveyed use this medium less than usual. TV stations, aware of this trend, therefore do not broadcast the biggest hits during the vacation season. What instead of traditional television? Well, during the vacations Poles praise services such as Netflix or Showmax (21% of respondents use such portals). 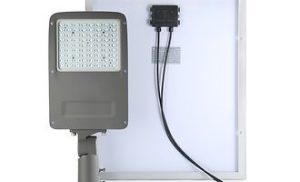 Smart Lights or street lights can be innovative

Smartphone as the future of commerce. How the phone has changed the way we shop