Shades Colors is a proposal created for people who want to test their eyesight and alertness, game enthusiasts with minimalistic layout or simply smartphone owners who are looking for an innovative way to boredom during the daily bus rides or sleepless nights. The game was designed by a team of developers from mobile marketing agency MOBIEM and works on mobile devices.

A big advantage of the program is that its users can compete with their friends, regular game opponents or random people and go up the ranking of the best players. Another strong point of the app is its minimalist design, making it easy for players to find their way around the virtual game world in no time. An interesting addition to Shades Colors is music that perfectly matches the atmosphere of the game.

What are the rules of the arcade game Shades Colors?

In the classic version of the game, one of the tiles is slightly different from the others. To earn points and move on to the next level of the game, you have to guess which one doesn’t match the rest. While playing Shades Colors it is advisable to collect bonuses, they help to keep your eyes fresh by increasing the contrast between tiles, or by completely changing the color of the displayed elements. Please note that the possibility to move is limited by time. The game gets more complex as you progress through the levels.

There are also other versions available: Chaos and Color. In the first one the rules are identical as in the basic version, with the difference that the cubes remain in motion. This additional aspect is to make it even more difficult to identify a tile that stands out. In the Color version, the rules are completely different – the focus is not on finding differences, but on finding a cube of the same color as the one displayed in the indicated place on the smartphone screen.

Shades Colors game rules are also presented in a tutorial inside the app. Although the rules are extremely easy to learn, the gameplay can go on endlessly. The desire to get more points and outrank other players makes the game very addictive.

Shades Colors is a free game available in English language version for mobile devices with system: 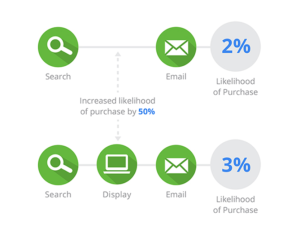 Find out how to measure mobile conversions. Part 2 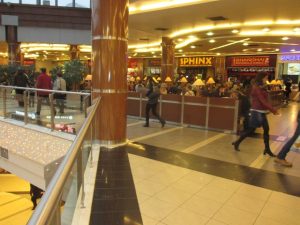 I am testing beacons in practice