Xiaomi smartphone – which one to choose?

The vast majority of phone buyers have a set amount of money set aside for this purchase. Almost everyone cares about choosing such a smartphone, which will have the best possible performance. Looking for a combination of attractive price and great features, Xiaomi hardware is worth considering. Which models of smartphones of this brand is worthy of interest?

Xiaomi’s success – how it happened?

The Xiaomi brand was established in 2010, and in September 2016 the company’s devices were officially available in Poland, but they were popular in our country before. Poles ordered them at competitive prices from foreign stores, mainly Chinese, but then they did not receive a guarantee. I.e. Even if there officially was such a warranty, it was hard to expect phone owners to send their phones back to China. According to data from research firm Gartner, in 2019 Xiaomi was one of the few brands that managed to improve sales compared to 2018. The company sold 126 million smartphones in 2019, up from 122.4 million the year before. This gave it 4. place in the world.

Xiaomi has been even more successful in Poland. It is hard to believe that this brand in just 4 years has become the leader in our country. From Canalys’ market analysis covering 2. quarter of 2020 shows that Xiaomi is gaining throughout Europe, where the brand’s share of the smartphone market is already 17 percent., Which gives it a 3. Position. At the same time, this represents an increase compared to the same quarter last year of 65 percent.! In Poland, on the other hand, the manufacturer has 27 percent. of market share and is the leader. Moreover, during the year, the company increased sales in our country by 88 percent.!

What is the reason for the success of this brand? Primarily from the fact that it has set its sights on offering customers phones with very good performance at attractive prices. Even having to spend a few hundred zlotys on such equipment, you can find a Xiaomi smartphone that will meet the expectations of a demanding user. Of course, a lot depends on what you expect from this device. Which Xiaomi smartphone will be the best?

We choose a phone brand Xiaomi

Here are some smartphones that are currently available at the brand’s official store on mi-store.en. The device prices listed below were valid as of mid-September 2020.

Xiaomi Redmi 9C 2/32 MB – a phone that can still be considered a novelty, since its official release took place on June 30, 2020. About this smartphone you can write a lot of good. Let’s start with the large HD+ 6.53&#8243 display;. At the disposal of the user is the NFC function, which gives m.in. ability to pay with the phone. The hardware comes with a 13 MPix main camera, 2 Mpix macro camera and 2 Mpix depth lens, and a selfie camera – 5 Mpix. Another plus of the device is its capacious battery – 5000 mAh, thanks to which you can enjoy long hours of work. The phone supports a 10W charger, which makes it relatively quick to be ready for use. A fingerprint reader and smart face recognition unlock are also available to the user. The hardware is equipped with 2 GB of RAM and 32 GB of internal memory and costs PLN 499.

Xiaomi Redmi 7A 2/16 GB – another of the phones available at a very affordable price, but this is a model that appeared on the market in the second half of 2019. It is equipped with a capacious 4000 mAh battery, which will allow you to use the device without having to charge the battery very often. It comes with a 10W charger, so that the equipment will be quickly at the disposal of the user. The device is equipped with a 5.45″ HD+ screen, which can be operated with one hand. The equipment provides a 12 Mpix camera on the back and 5 Mpix on the front and has 2 GB of RAM and 32 GB of internal memory. The phone is priced at £399.

Pocophone POCO F2 Pro 8/256GB – another of the proposals is a phone for the discerning, called the slayer of flagships. The device has 8 GB of RAM and is equipped with a Qualcomm Snapdragon 865 processor. These solutions allow you to play the latest games, use multiple apps simultaneously and move seamlessly between them. The user has up to 256 GB of memory for music, graphics and other files. The phone features a 64 Mpix main camera and additional cameras: 5 Mpix + 13 Mpix + 2 Mpix on the back and 20 Mpix on the front. The 4700 mAh battery allows for active use throughout the day. This smartphone supports 30W fast charging and smart unlock with facial recognition, and also comes with a fingerprint reader. You have to pay 2199 PLN for this model.

Xiaomi Mi 10 Pro 8/256GB – finally, the equipment for the most demanding customers. It uses the most modern solutions. 8 GB of RAM and Qualcomm Snapdragon 865 processor ensure a smooth experience with the latest games and demanding applications. Another plus of the equipment is a capacious battery of 4500 mAh. The phone supports 50W fast charging, which means you can charge it from 0 to 100 percent. even in 45 minutes! On top of that, the device allows you to use 30 watts of fast wireless charging. This phone will meet the expectations of those who care about a sensational camera. It features a 108 Mpix main camera and also has additional 20 Mpix + 12 Mpix + Mpix cameras on the back and 20 Mpix on the front. The hardware also supports 8K video recording, and has a built-in fingerprint reader and smart unlock with facial recognition. This high-quality smartphone costs 4399 zł.

Which smartphone to choose? The key is what we need it for and how much we can spend on its purchase. Xiaomi has both models of phones available for a few hundred zlotys, as well as those that are designed for fans of the latest technology, but accordingly cost more. It’s up to the buyer to figure out which solution will work for them.

Smartphone as the future of commerce. How the phone has changed the way we shop 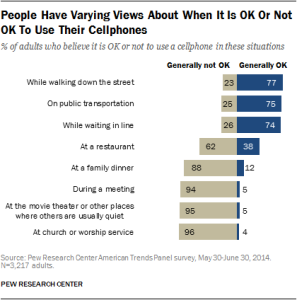 Smartphones are used less and less for making calls