Smartphones are becoming less and less used for making calls

User behavior in the TMT sector evolves differently from year to year. It turns out that different age groups have a big influence on which medium outperforms the others. Smartphones in the race to provide entertainment they definitely outclass TV in particular. At the same time, users are using them less and less for traditional conversations. We talk about the situation of the TMT sector and the results of the report "Deloitte TMT Predictions 2016" with Agnieszka Zielinska, director of Deloitte's Financial Advisory Department.

According to estimates by Deloitte presented in the annual report "Deloitte TMT Predictions 2016", this year users around the world will directly sell or exchange for new 120 million used smartphones. How the mobile devices market will evolve in Poland?

Agnieszka Zielińska, Deloitte: Our forecast for the growth of the used smartphone market worldwide in 2016 is 50 percent. mum of used smartphones compared to 80 million a year earlier, i.e. in terms of devices. We predict that the used phone market in Poland will grow at a similar pace.

In a Mobile Consumer Survey conducted by Deloitte in mid-2015, 11 percent of. Adult smartphone users in Poland said they had sold their previous device. This result is close to the average for developed countries, where this indicator was 12 percent. The difference lies in the fact that in Poland users sold their phones primarily via the Internet to other users or to recycling companies, while in countries such as Japan or the United States most sold used devices go to manufacturers or mobile operators.

What actions are taken by companies, including mobile network operators, to develop the smartphone market in Poland?

Mobile operators in Poland are beginning to introduce programs under which instead of throwing away or putting a phone on the proverbial shelf, we can, for example, exchange used phones for new ones. It is increasingly common to see programs like "Exchange your phone for a smartphone for 1 zloty".

In addition, more and more companies specializing in trading used phones are emerging in our country, similar to the used car market. It can be expected that this trend and the fact that 43 percent. The number of surveyed users declaring their intention to buy a smartphone in the next 12 months will increase the number of used devices that may find their way to the secondary market in Poland.

And how the way users use their mobile devices has changed over the years?

Phones are still used mainly for communication, but its forms are changing. In the report "Deloitte TMT Predictions 2016" we predict that in 2016 26 percent. 63% of smartphone users in developed markets will not make traditional phone calls during a given week, up from 22. in 2015. In 2012 this figure accounted for 11% of. The group of users we call "data exclusives" use their devices mainly for data transfer and communication via social networks, instant messaging, email and SMS.

In addition, smartphones today serve a m.in. newspaper, news programs, radio and TV. They are always at hand, and the range of mobile networks and ubiquitous Wi-Fi allows to use them practically anywhere and at any time. 63% of. Polish respondents of Deloitte Mobile Consumer Survey 2015 use a smartphone to read news, 46 percent. to watch short videos, while 32 percent. to listening to the radio.

What significant differences in communication via smartphones can be observed in different age groups?

The younger the users, the less they use the phone for traditional phone calls. "Data exclusive" among 18-24 year olds in developed countries accounts for 31 percent. The share of smartphones in the total number of users, while for 55-64 year olds it is only 19%. In Poland 47 percent. of adult (18-59 years old) smartphone users declare communicating via social networks, while among junior high school students this value reaches as high as 77 percent.

How consumers currently approach other devices, such as laptops, in relation to the time they spend using smartphones?

It turns out that laptops are not losing out to the growing popularity of smartphones, as it initially seemed. We predict that the youngest users will drive laptop sales in 2016.

In developed countries 85% of. of 18-24 year olds in Poland have access to a laptop computer, and 89% of. to a smartphone. Laptops are right after smartphones when it comes to intentions to buy them in the next 12 months: a third of young users plan to buy a smartphone in the next year, and a quarter plan to buy a laptop. This is twice as much as for other devices such as. tablets or smartwatches’e. The continuing popularity of laptops is related to the fact that young people treat them as compatible devices in relation to smartphones. Laptops are more functional when it comes to creating content (such as short videos) that is then played on smartphones.

What are the forecasts for this year for the youngest group of smartphone users in Poland?

In the development of our report "Deloitte TMT Predictions 2016" in cooperation with the Project Mokotów Foundation we conducted a study of media and mobile devices consumption among Polish junior high school students (13-15 years old). It turns out that as many as 95 percent of. of them have access to a smartphone, and 36% of them have access to a mobile phone. of them reach for a smartphone immediately after waking up, while only 6% of older age groups do so.

When it comes to how we use the smartphone, we predict that it will increasingly replace the TV. 79 percent. middle school students use smartphone to watch short videos. Nearly half of middle school students use the TV less than an hour a day, while only 13%. more than 3 hours. When it comes to smartphones, however, the proportions are reversed: almost half use them for more than 3 hours a day, while only 16% of. less than one hour.

When it comes to forms of communication, generation Z is still using phone calls (74 percent. of the week) and text messages (70 percent of.) and will probably do it more often than last year due to cheap phone calls. However, these traditional forms of communication will be increasingly replaced by social networking sites, through which 77% of the population already communicates. of middle school students.

Generation Z in Poland is the ultra-smartphone generation, and changes in media consumption are most visible in this age group. 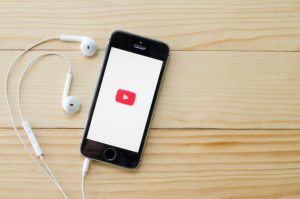 Xiaomi smartphone – which to choose 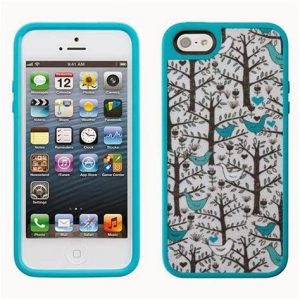 Smartphones and premium computers up, simple laptops down