A way to adblock or a way to advertise effectively?

Poland is in the lead of countries blocking online advertising in Europe. But it is not an exception either on the scale of the continent or the entire globe. There are people willing to block ads everywhere. But there are also those who cannot tear themselves away from the ads. Why? Because they like entertainment and a good shopping experience.

Adblock user as a target for advertisers

MEC Wavemaker study found that in our country, 36 percent of. all internet users use ad-blocking solutions. On a global scale is about 6 percent. desktop users and up to 25 percent of. who use smartphones. When it comes to the mobile world, the number is growing in the blink of an eye. In fact, within a year there was a 90% jump in the popularity of blocking software. We have already effectively insulated ourselves from pushy promotion and in browsers and applications.

Why we block ads? Because they obscure the content we want to reach. Because they're stupid. Because they promote products that we don't need. Because they double the load time of web pages. Is it possible to fight with adblockers? Yes. Some publishers are already using special tools that give readers paid access to content without having to watch ads. Others use tools that block adblocks. But a way has been found for these tools as well – programs that block them. One of the solutions is a Polish project, about which we wrote in more detail here. The most popular software that closes the way to advertising messages is Adblock Plus. Those who don't want to fight it can count on the graciousness of Adblock Plus users, who will soon be able to donate to their favorite media – the Flattr platform is supposed to serve this purpose. Paradoxically, some experts say it's internet users with blocking software who are the hungriest morsels for advertisers. So will the only way to reach them with the promotion be subtle native advertising?

Or maybe we should look at the problem from a completely different angle? This seems to have been the starting point for Rachel Tipograph, creator of MikMak. The iOS app is a collection of 30-second video ads aimed at a young audience. We will see there mainly comprehensive reviews of various products tested by e.g. famous comedians. After watching a video, an interested party can immediately go on to purchase the presented item. We are mainly talking about cosmetics, jewelry, gadgets, sweets or home furnishings. No wonder that 75% of. MikKak users are women between 18 and 34. They are willing to watch even 15 commercials in a row. Why do they even want to see such content? Because it's a detailed analysis of the product, because they are interesting and funny, because the very name of the products is intriguing (e.g. Strawberry pumped pool donut), because the items are not expensive (up to $100), because discounts are given for viewing. The first mobile video shopping network – this is how they define themselves.

After only a year since the launch of the application, almost a thousand of minimercials were produced, as MikKak representatives call their creations. The app is trusted by 200 companies. Among others: American Express, Loreal, Polaroid or General Electric. – It's hard to find new ways to talk about something as ordinary as the lightbulb. But this campaign had fresh and unexpected results," praised GE's chief marketing officer Linda Boff of working with MikKak.

– Information advertising is not a dying business. It just needs to be modernized," the head of the app asserted in an interview with The Wall Street Journal. – We think of ourselves first as an entertainment company. And by the way we sell products – she explained the success of her idea. She also pointed out that everything that happens on smartphones is instantaneous and fleeting. – This translates into purchases. Therefore, when we present a product to someone, we must make sure that they do not have to think too long. Hence, we have everything in universal sizes – explained Tipograph.

Maybe this is the recipe for effective advertising today. After all, it is difficult to block the need for entertainment. 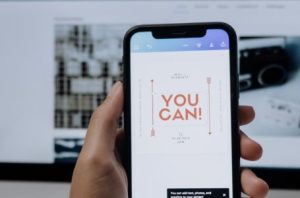 Alumni community as a way to attract experts