Alumni community as a way to attract experts

Keeping in touch with former employees has many benefits for the company – they are natural ambassadors for the company and can even return to a previous employer years later. Alumni club is an idea worth considering by organizations which place people at the heart of their value. For the past year and a half, 7N, an international IT company, has been rapidly developing its community of consultants with whom it has worked in previous years.

Employer branding (EB), an effort to build a company’s image as an employer of choice, includes a range of activities and actions. One of the increasingly popular elements of EB is building an alumni club, i.e. a community of people who have decided to continue their career with another employer.

– Attitudes toward people who have decided to change jobs have been evolving for years. Leaving a job is no longer treated as a lack of loyalty, but as the next step in a person’s career or professional development. From the employer’s perspective, it is better to maintain good relations than distance, the more so that companies are ready to re-employ already proven people – says Olga Żółkiewicz, Employer Branding Manager at 7N.

Goals and sense of the alumni programme

Alumni program, like any project, needs to set goals. This could be the return of professionals who have previously worked with the company, building a network of ambassadors or getting recommendations – both business for new partnerships and recruitment, to show the company as a good place to work.

Re-employment brings a number of benefits to an organisation. Depending on the length of the career break at a particular location, onboarding can be much shorter and less expensive. Former teammates are quickly integrated into responsibilities. They also know very well the pros and cons of working for a specific company. When making the decision to return, they are aware of what will be required of them, what they can expect in return, and how relationships with others will work. They accept possible shortcomings, having a comparison after the clash with the market.

– In an ideal world for the person leaving, the new job is a dream come true and the choice is one hundred percent correct. As we all know, it’s often the case that the rain goes under the proverbial gutter. An employee who thinks his former boss has already forgotten about him and his colleagues are offended at his departure will not decide to try to return, even if he thinks he made a mistake by leaving. And yet returning visitors are very valuable! This is one of the main intentions of the 7N Alumni Club,” says Olga Żółkiewicz.

The success of 7N’s alumni program has been built on a thoughtful five-step strategy. As a first step, the expectations of former consultants towards the company were checked and available market research and interviews were analyzed. The next step was to identify the tools and resources – how to run the program and what values the club should promote. The third step was to prepare regulations of the program and the referral system. As a next step, a visual identity, communication plan and promotional video were developed, and launch events were planned.

The final stage was to implement the program’s communications plan to encourage as many former consultants as possible to join the 7N Alumni Club. The inauguration included the organisation of three events – stationary in Warsaw and Gdańsk and online.

– The most important thing was to define what the programme would ultimately consist of and what its participants could count on. We wanted to make the offer as attractive as possible to our members and also to achieve our goals. The analysis made it possible to identify three areas that the program currently consists of, namely: communication, benefits and dedicated programs – emphasizes Olga Żółkiewicz.

7N alumni are kept informed about what’s going on in the company via a quarterly newsletter, news related to the organization of specific events and during meetings at the annual event. Have the opportunity to participate in internal 7N trainings delivered by the most experienced consultants, enjoy special discounts or participate free of charge in conferences of which 7N is a partner.

The programs prepared for the alumni also include the “boomerang”, the so-called. Shortened re-recruitment to 7N, as well as a referral system where you will receive benefits for referring friends to 7N and for recommending 7N as a service provider.

– The program will soon be one and a half years old. During this time, more than 260 former consultants have joined the 7N Alumni team and we are in constant contact with them. We share relevant information with them on an ongoing basis, from exclusive job offers, to training opportunities, to invitations to the premier of a popular movie. Since the beginning of the program 7N Alumni have enjoyed internal training, special competitions, webinars and popular technical conferences. Events and on-going communication brought about the refreshment of relations. This has also translated into a return rate to 7N of 10 percent. All returning to our company are members of the alumni club. What we are most happy about, however, is that we have created a truly engaged community – Olga Żółkiewicz sums up the success of the programme so far. 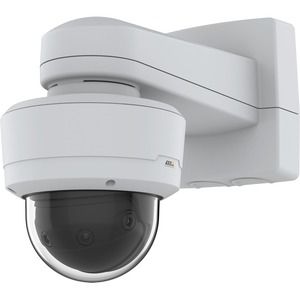 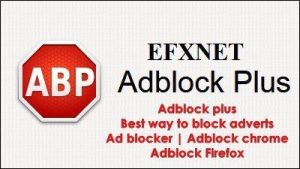 A way to adblock or a way to advertise effectively