From here to mobility – two decades of modern payments in Poland

In 1887, writer Edward Bellamy, in his utopian novel "Looking Back," first described the concept of paying for goods using cards instead of cash. In fact, the term "credit card" appears as many as eleven times in this little-known book. Decades had to pass before this idea was first implemented in America.

The first cards were issued by banks in the U.S. in the 50s. Together with American tourists, in the mid-1960s the cards came to Europe. Due to the geopolitical situation of Poland until 1989 and the separation of the entire Eastern Bloc from the ideas of the West – payment cards were of marginal importance in our country until the political change. Popularization of this payment tool took place after the denomination of the Polish zloty – in 1995, when MasterCard entered the Polish market. At a time when we were still getting used to the new low denominations of banknotes, a revolution began, aimed at a world without cash.

Our long-standing detachment from the innovations introduced in the West, paradoxically turned out to be a blessing for Poland. Thanks to the fact that financial instruments such as e.g. credit cards have never been adopted on a mass scale in our country, we are nowhere near the point of no return. Checks, we were able to adapt innovations faster. Over the past 20 years, our market has not only managed to catch up with decades of lagging behind developed Western economies, but has even emerged as a global leader in the popularization of modern payment methods. But the beginnings were slow. Between 1997 and 2001, the number of payment cards in Poland grew at a fluctuating rate of: 140.2 percent., 41.7 percent., 113.9 percent., 36.1 percent. and 27.5 percent. At the end of the 20th century no one could have predicted what revolution awaited the Polish payment market.

Even 10 years ago retail trade in Poland in terms of payments was almost completely dominated by cash and payment cards, using signature authorization, and the available methods of non-cash payments did not differ significantly from those that have been known in the world for over 100 years. In the last decade alone, this area has seen bigger and more rapid changes than in the entire history of money so far.

MasterCard gave the signal for change by introducing the first contactless card in Poland in 2007. This new type of card, allowing convenient, fast and secure payments and eliminating the need to enter the PIN number for purchases up to PLN 50, quickly won the hearts of Poles. Eight years after the debut already 80. cards in Poland allow contactless payment. In the last two years alone, their number has increased by more than 10 million. Contactless payment has already become a standard – more than 40 percent. transactions made with MasterCard cards are contactless payments. This surge in popularity has been so rapid that it has put our country at the forefront of the most modern payment systems in the world.

The future is mobile

Rapid technological development in recent years, high penetration of smartphones in the telecommunications market (nearly 60%).) or the development of data transmission technologies such as 4G and LTE make the mobile channel take over more functions reserved so far for traditional solutions.

As technology advances, more and more devices are connected to the network – from computers and phones to cars and refrigerators. According to Cisco estimates, by 2020. More than 50 billion different types of devices will be permanently connected to the Internet. These two trends: mobility and the internet of things will be responsible for the next global revolution in payments. A revolution that will be led by consumers in Poland. 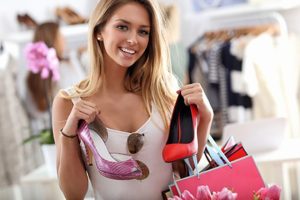 Selling through mobile in E-commerce 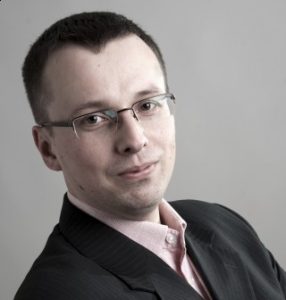 We have met the salt matter with care, writes Grzegorz Krzemień after winning the MIXX Awards