Snapchat reaches for the 3D selfie. And even further

A year ago the creators of the Velfie app argued "in 2014 everything was about selfies, 2015 is the time of #velfies". While last year may not have been a success for this app, it's hard not to see an increase in interest in services that allow you to send out video portraits. So what kind of selfies will dominate this year? Snapchat's moves suggest that these could be 3D selfies. But it's not just about selfies.

As TechCrunch found out, Snapchat a few months ago acquired a developer company Seene, the creator of the application of the same name. The service reports that Seene employees are already flocking to the office, where a smiling ghost greets them at the door. It is not the ready technology that Snapchat cares about the most, but its creators.

Analyzing Seene's achievements to date and the moves made by Snapchat to increase user engagement, it is easy to imagine the effects of this integration. Three-dimensional selfie photos and a new filter (or literally "lens") to put on the video in which we record our face. Seene technology does not require any additional lenses or sensors, uses only the camera and memory of our smartphone.

But after all, it's not just about existing capabilities. "We have a good deal, more and more R&D is underway, they will see the light of day soon" – such a message posted on LinkedIn some time ago by the head of technology of Seene, Sam Hare. So what else can we expect? According to TechCrunch, it's highly likely that Snapchat will soon want to take advantage of the rise of virtual reality. It's hard to imagine creating multidimensional video with just a smartphone at this point. There are already solutions such as SHOT or Project Tango, but they require additional sensors or lenses.

So it is possible that Snapchat will soon make it easy for all of us to create virtual reality.

But Sam Hare is also a specialist in developing technology to support the gaming industry. So a situation in which a player scans his face with his phone and then sees his three-dimensional likeness as, for example. warrior head, ceases to be a song of the distant future. Then a soul app could create a special space for players.

These are, of course, only some of the examples of what the cooperation between Snapchat and Seene may reveal. As you can see, creators of ephemeral application do not stop providing users with new possibilities and surprising solutions. It is impossible not to mention here the recent changes in the Live Stories and Discover sections. Snapchat decided to merge the two channels, gave them a look more reminiscent of news apps, and made it possible to subscribe to content from specific publishers. The Next Web speculates that the partners were not satisfied with the current exposure of their topics in the app, and users, absorbed in creating their own snaps, did not pay attention to these materials.

As you can see, Snapchat does not intend to be passive in the face of the needs of its audience and partners. And the implementation of 3D could attract a host of both. 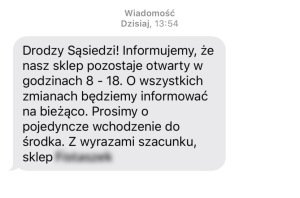