Social mobile and the new trend of visual storytelling

The portal created by Mark Zuckerberg has long lagged behind when it comes to mobile community outreach. Hard to find positives of the basic application – uninteresting graphics, not very intuitive navigation, limited functionality. Facebook Messenger, on the other hand, despite its pleasant navigation, has become infamous for the powers it gains when installed on Android phones. The ability to record sound through a microphone without confirmation, downloading files without displaying notifications or calling without the user knowing – are just some of the conditions that must be accepted.

After these two, rather unsuccessful, attempts to win the hearts of more demanding users of mobile tools, Mark Zuckerberg prepared another application. It saw the light of day in the United States on February 3. We still have to wait for the availability of the solution in Polish markets, but the appearance and operation of Facebook Paper can already be seen in the promotional spot.

The application is currently only available for iOS platform in the US App Store.

The premise of Facebook Paper is to present, in a thematically organized way, content from friends and from liked fanpages’y. Newsfeed browsing is done in a brand new visual form. Additionally it is possible to arrange the elements of the interface in your own way. The mechanism is reminiscent of the Flipboard app. This time Mark Zuckerberg's team has risen to the challenge, both in terms of layout and intuitive gesture navigation.

The developers of the app stipulate that some of the content displayed will come from suggestions prepared for users by the Facebook team. Presumably this means creating space for advertising efforts. Also new in the app is a module for creating your own posts. By using the method „What You See Is What You Get” users have a preview of the post before they publish it.

The new Facebook application is a response to the trend visual storytelling and the growing demand for intuitive use of the application. At a time when it is extremely important not only what, but also in what form we have to show, Facebook has lost a lot in comparison to Pinterest or Instagram. Both of these channels definitely win with their simplicity. Their creators remembered that the user of the application is affected by a lot of external stimuli and does not devote 100 percent of his time to the application. your perception of its service. From here the mechanism of operation is very intuitive:

However, the trend of visual storytelling is most fully manifested in the case of Storehouse. This mobile community has been taking shape since early January. Thanks to the application available on iPad it becomes possible to take the story by means of visual materials to the next level:
http://www.youtube.com/watch?v=Vma4zr5jYWs

Single images are replaced by entire stories made up of photos and videos, complemented by text boxes. In order to attract viewers, the creators of the application have prepared an intuitive editor, which also uses the WYSIWYG method. The user can also download media files from the device or from Flickr, Dropbox or Instagram to the created presentation. Then, using the auto-fit cropping and scaling features, he creates his presentation. They have three typefaces to choose from for their descriptions. Thanks to this, the compositions created are coherent and individual character is given to them by the content contained in the text and visual layers. After publication, the presentation is also generated into a web version, so you can share it via Facebook, Twitter or share the link via email. However, Storehouse is not only an opportunity to browse interesting stories. Gesture-based navigation, pleasing animations and minimalist design further encourage users to use the application.

Who will benefit from visual storytelling?

Storehouse is used by journalists to cover social issues, cooks to post recipes, families to capture special events, artists to showcase their portfolios, and travelers to present photo reports from around the world. The app was launched on the App Store in mid-January, and by the end of the month, more than 10,000 have already been published. stories.

The tool has not yet been used by marketers, but – seeing its potential – it is only a matter of time. 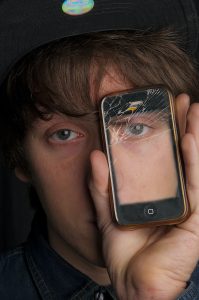 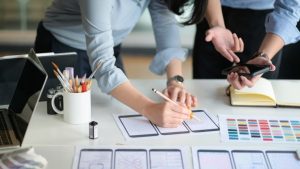 Software house vs. interactive or marketing agency. What is the difference