Social media marketing – the role of video content is growing

A growing trend in social media marketing is the publication of "live" video content, made possible by services such as Facebook or Periscope. Every second marketer surveyed intends to use this opportunity.

The social networks that dominate marketing efforts include Facebook and YouTube. According to the report, at least 63 percent of. of marketers plan to increase the scope of activities within these two channels.

Despite the great emphasis placed by marketers on Facebook presence, only 46% of the. of them believe that their actions in this service bring effects. The rest either don't think they are or don't know if they are.

58 percent. companies intend to increase their expenditure on video in the next 12 months, and 1/3 of them plans that growth will exceed 50%. – according to a survey conducted by the Content Marketing Association.

More than half of marketers surveyed for the Video Content for Engagement study consider the mobile channel to be the main tool for video distribution. 29 percent. respondents mentioned social media. 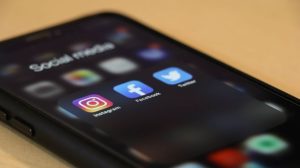